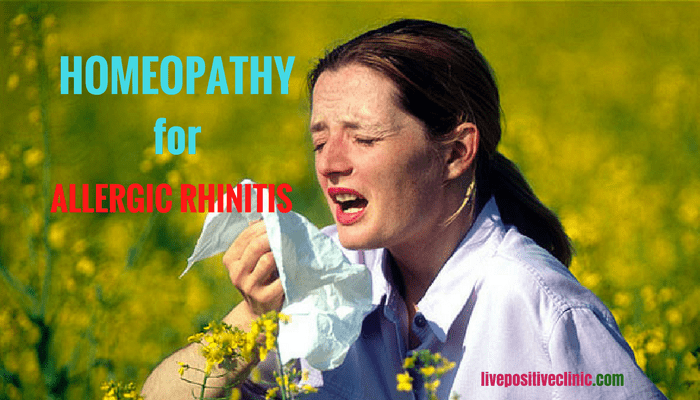 An acute episode of allergic rhinitis presents with repeated sneezing, watery discharge from the nose and congestion of the nasal passages.

Allergic rhinitis could be of two types as follows:

This type of allergic rhinitis affects the patients only in specific seasons. As seasonal allergic rhinitis is more commonly triggered by high concentrations of plant pollen grains in the air, the episodes usually correspond to the months of pollination and this could vary from region to region.

This is an all year-round phenomenon with no specific aggravations during any particular seasons. It is obvious that in such cases, the allergens or the substances that trigger the allergic attack are found all throughout the year and the person is in constant contact with them. Some of the common allergens are house dust, animal dander, spores of fungi etc.

Since seasonal allergic rhinitis is more of an acute attack, the episodes are often severe and the symptoms are intense. In addition to the main nasal symptoms mentioned above, there might also be watering and redness of the eyes and burning followed by tearing as well.

Perennial allergic rhinitis may present with moderate intensity but it is not a general rule. Some patients could be bothered with severe symptoms throughout the year.

Conventionally, allergic rhinitis is treated with anti-histamines, nasal sprays and steroidal injections. None of these can actually cure the disorder and simply provide temporary relief from symptoms. Long term use of such medications are accompanied with several unwanted and harmful side effects on the body.

How To Cure Allergic Rhinitis Permanently?

But this kind of allergic rhinitis permanent cure needs intensive  treatment which may need to be continued for 3- 12 months. But that does not mean that the symptoms will take so long to subside. In fact the patient who is on Live Positive protocol treatment  for allergic rhinitis experiences relief from the acute episodes and both the intensity and number of episodes keep dwindling until there are no more attacks, despite exposure to triggers.

Our treatment is completely safe to be used for prolonged periods and has ZERO harmful or unwanted side effects.