Fibromyalgia is a chronic disorder that affects the musculoskeletal system. It is characterized by pain, tenderness and soreness of muscles and joints, accompanied with fatigue, sleep issues, mood swings, depression, anxiety etc.

The exact cause of fibromyalgia has not yet been pinpointed, but there are a couple of factors that are involved like hereditary factors, infections, chronic mental stress, physical stress like an accident, other disorders like Osteoarthritis, Lupus or Rheumatoid arthritis.

Fibromyalgia is majorly associated with pain, tenderness and fatigue. But it is important to understand that the pain points in the body may vary from patient to patient and the intensity of pain is also highly personal.

There are 18 spots (9 pairs on either side of the body) that are to be checked for tenderness before the diagnosis of FMS can be confirmed. It is important to note that not all patients with fibromyalgia will have tenderness in all the 18 spots. Tenderness in at least 11 spots of these 18 are required to confirm the diagnosis, according to American College of Rheumatology guidelines.

The image below clearly shows the points of tenderness also called as Fibrospots by sufferers. 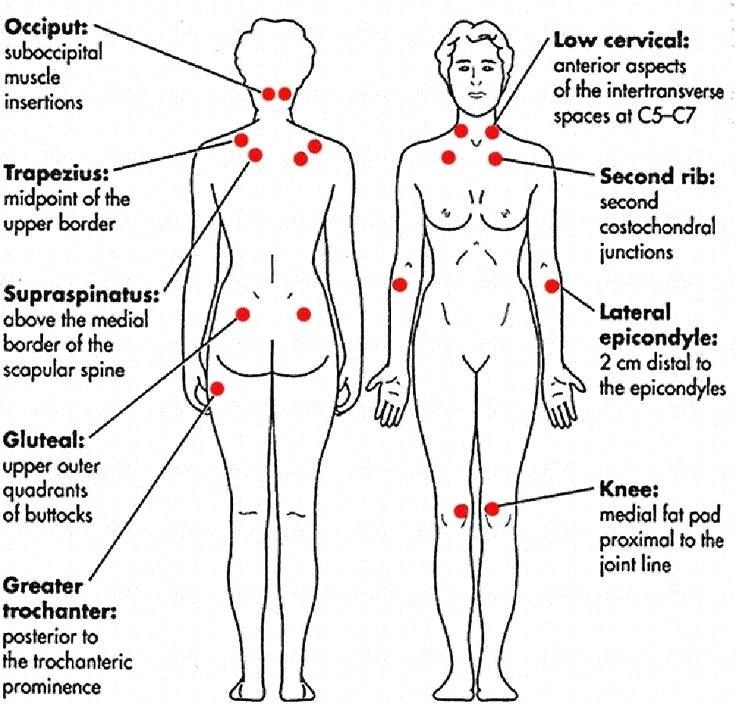 Though the defining symptoms of Fibromyalgia are those described in the previous section, fibro-sufferers may experience symptoms affecting many other systems of the body as well.

Most of them complain of sleep disorders. Quality of sleep is affected, and patients wake up feeling unrefreshed or unrested despite sleeping for long hours.

Out of the numerous hundreds of fibromyalgia cure stories @Live Positive, I am discussing one of the latest case. This patient is in her early 30s, is married and has a toddler aged 3 yrs. The interesting part of this particular fibromyalgia cure story is that I have not met her in person at all. She is one of my online international patient from the US.

She was referred to me for fibromyalgia treatment by her friend who had been my patient and was cured with my treatment. This patient presented with a number of health issues in addition to Fibromyalgia like chronic stress, Post-partum depression, hormonal dysfunction, psoriasis and chronic digestive issues.

When she consulted me, she was unable to leave her bed in the morning. By the time she could manage to get up and move about slowly, it would be late afternoon. She had severe pains and tenderness in both her wrists, elbows and lower back, which limited her activities. Her wrist pain and stiffness were so marked that she could not use her hands even for simple activities like slicing tomatoes or picking up her kid.

Her pains and FMS had reduced her life to a miserable existence of utter disability. She could not show up for work and was on a long break. She was in despair and had no hopes that her life situation would ever improve.

As was expected, her chronic illness and disability was not only affecting her health but also her married life and career. She was a professor at the University, and she was on the verge of losing her job because of her inability to show up for work.

She had numerous other problems too, but the underlying cause was mental stress and depression. Her kid was born retarded due to a chromosomal anomaly, and that was a huge shock to her.

Everyone in her immediate family and other close relatives too were all highly educated and intelligent and giving birth to a mentally retarded child was a massive blow to her. All her troubles started after her delivery and she went into postnatal depression following which she developed fibromyalgia, ovarian failure and sleep issues.

Her case was analyzed in minute detail and her treatment protocol was planned after long deliberation. Medicines were sent to her by courier and she started Live Positive FMS treatment on Sep 10th, and here is a screenshot of her update on 15th day of starting medicines. 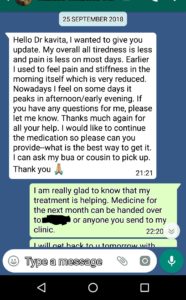 At the end of a month of taking Live Positive protocol, here is a screenshot of her update. 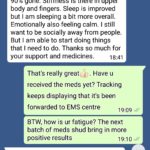 She is now in her 3rd month of treatment and is already symptom-free. But her treatment protocol must be continued for 3 more months to ensure prevention of any future recurrence.

All patients had consulted numerous doctors before starting treatment @Live Positive. All of them believed that there was NO cure for Fibromyalgia, because their doctors told them so and because they had been on treatment for couple of years without any relief, before consulting me.

A good number of them had tried various other alternative therapies in addition to Allopathy too and yet had no relief. Patients who consult us are totally hopeless and dejected because they have been suffering for years without relief from any kind of treatment and all of their doctors have declared that Fibromyalgia is incurable. 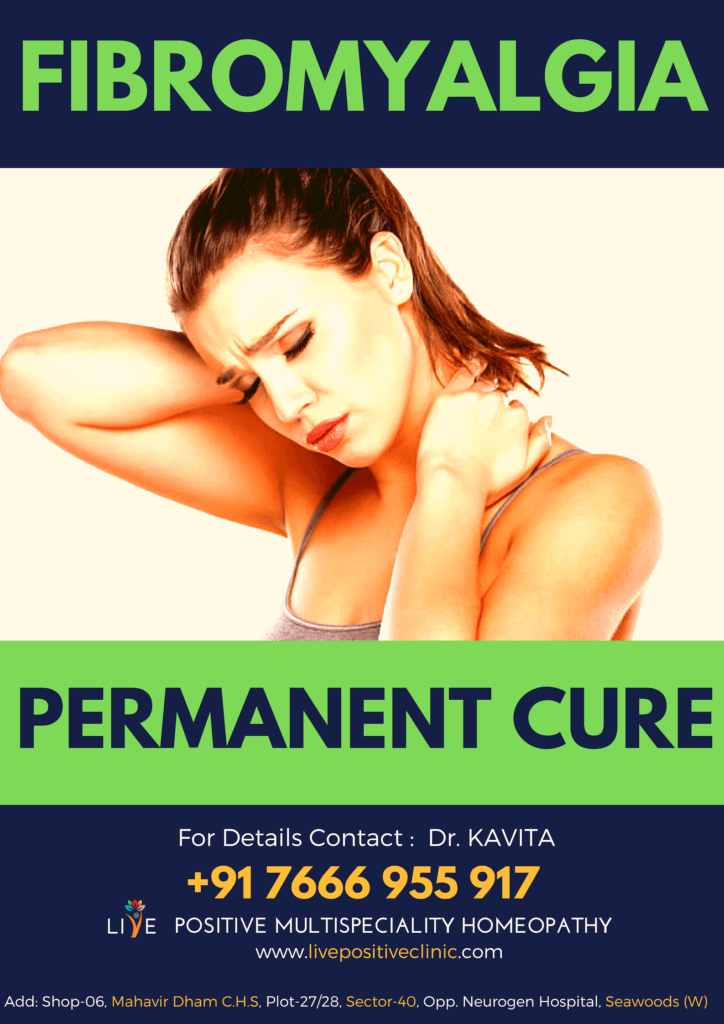 Live Positive Fibromyalgia treatment protocol lasts between 6-8 months (depending upon specifics of each case) but once completed ensures permanent relief of FMS, cure of all other accompanying health issues, enhanced quality of life and prevents recurrence.

Suffering from Fibromyalgia/ FMS? Click the BLUE button below to know about the safest, affordable and permanent fibromyalgia cure: